Budapest – A Boy’s Take of a Big City! 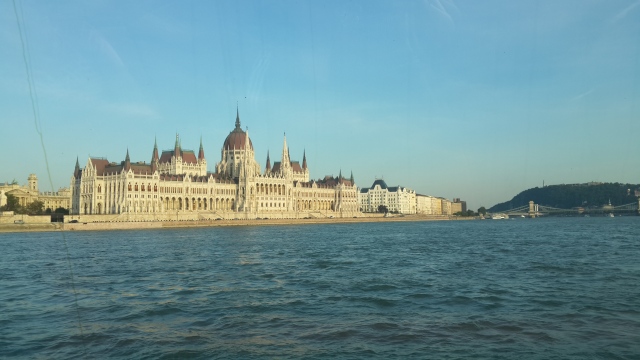 The Budapest Parliament by the Danube

I was so looking forward to Budapest in July! I did not really know what it is but what mattered was that it was school holidays and it will be a place where Mama, Papa and I will be travelling to, by plane! I was crossing out the days every morning for a long time, until our travel date finally came.

When the plane was landing, (probably to divert me from my hurting ears), Mama was explaining about the Danube River, the longest in Europe. This mighty river touches 8 different countries and has a lot of old stories to tell.

One story was that, Buda and Pest were two different towns at one time, on either side of the Danube and in 1873 they came together and formed, Budapest. Budapest is the largest and most important city of Hungary, what they call ‘the capital’. A long, long time ago, a lot of the country was in fact parts of the famous Roman Empire. So there are many so called ‘Roman ruins’ around. From what I understand, ruins are very special these days as they come from the olden days, so need to be protected to link us with our past and ancestors. 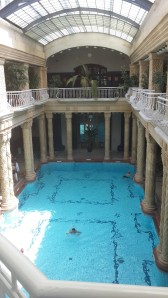 Another story was that in 1526, the Turks took over, which I think means they put their flag on the country, saying it’s theirs. They had ruled the land for over 150 years. And it was at this time that the Turks made special baths around the country, making use of the many hot water springs. I was told these baths have special water full of good minerals, and so, many people bathe to heal their health problems or just to feel good! I wonder if maybe we can take some back home. It was really fun, jumping from one bath to another; one slightly warm, to warm, to ‘bit too hot’ water (to which my folks only let me dip my feet). Some people were jumping from the very cold bath to the ‘too hot’ bath. I totally did not get this really!

Anyways you can imagine my joy at the water being special! Surely it should be all water! I was dipping myself in most water fountains on and off in the city, making my folks change my clothes many a times!! And once I took them by surprise and dipped my walking shoes in the fountain. They were not happy but I wanted to make sure I had lots of good water on me to grow well and healthy!! Anyways this made all our walks very interesting!

Yes! There were many walks, walks by the Danube, walks by the bridges (the Chain Bridge, being the first to have been built and the most famous), walks by the Parliament (the 3rd largest in the world), walks by the Buda Castle (one important ruin) and many many other buildings. Mama kept ‘oohing’ and ‘aahing’ for something called ‘Architecture’! And of course my, soon-to-be 4 year old, feet got tired a lot. So there were lots of stops. My favourites were the local ice cream and pancakes. Sometimes though I would ask for taxis and Papa normally literally jumps at the idea (and in them) but a couple of times, the folks laugh saying we’re just around the corner from so and so, just to get me going.

On one of our taxi rides my folks were talking about being careful with the taxi meters as the numbers sometimes can be wrong! It did happen to us once, where we were going to pay more than we should, but luckily Papa managed to talk the driver out of it!

Of course when it came to the boat cruises, we had no complaints. They were pretty cool with so much to look at, all around. I loved when we went under the bridges, the connecting links between Buda and Pest. I also loved having my hands out, just feeling the breeze on my tips and smelling the nice blue river with all that history!

Then came the zoo with about 2,000 animals. I hear it is one of the oldest zoos in the world! It was wild and very exciting. I mean to get the last zoo trolley for myself! There were very few and we had not come early, so yes I was lucky! And of course there were the Zebras, the Hippos, the Rhinos, the Elephants, the Seals, the Monkeys, the Giraffes… Then there was a car ride I went with Papa that was very scary and exciting, both at the same time! It was mostly in the dark with very strange noises. I thought it will be a normal car ride but it was meant to be scary, and no, no warning from my folks. So you cannot blame me for the confusion!! And between you and me, I think, Mama and Papa too were taken aback!

The nights were literally brilliant too. For me, it felt like it was ‘Diwali’ or ‘Vesak’ or Christmas, like everyday! The city was draped in lights everywhere. Yes, I had some very late nights, trying to wind down for bed-time!

As for Hungarian people, I hear mostly they do not smile; but with me, maybe because I am a kid, they were pretty cool, smiling, even laughing and patting me.

It was soon time to go back to Geneva although I did not understand why! It was lovely here in Budapest. I was just getting to know everything. But go we must, so away we were once again with our packed bags, this time of course, fuller with local wine, honey, sweet and spicy paprika – all famous treats from this amazing country I hear!

Now at least, I know what Budapest is! I want to have more of it and asked my folks when in July we can go back again! They were laughing. Hope I get a good answer soon before these holidays end!!

This entry was posted in Uncategorized. Bookmark the permalink.

What am I doing here?

Canadoodling: The adventures and misadventures of a frazzled, dazzled writer in Canada

Traveling the world, one campsite at a time